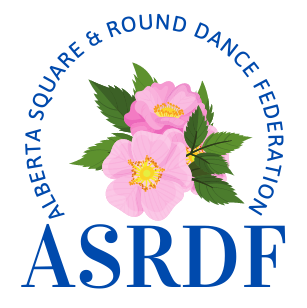 Jim Hopkins was born July 24, 1922 and died on October 19, 1979, as a result of a motor vehicle accident on his way home to Innisfail, after calling a dance in Calgary. He commenced calling for square dance clubs in his home town of Innisfail in 1949 and continued calling in Central Alberta until his untimely death. He was active in various organizations, serving on many committees. He purchased a dance hall and had it moved to his “Holiday Ranch” west of Innisfail which became the “Hub” of square and round dancing.

During this period Jim also became active in round dancing and became a leading instructor in the area. He was a founding member of Roundalab, Callerlab, and a charter member of Legacy and also Alberta federation.

On his passing, Marie (Hopkins) and the family asked that (in lieu of flowers) donations be sent to establish the Jim Hopkins Memorial Fund.